Now after the second sun was complete and giants were all gone, the world was all dark. The devils in hell lacked in souls to punish and so they conspired. “If men’s dark dealings are illuminated they will be driven further to sin. We will have our fill of evil souls to feast upon!” 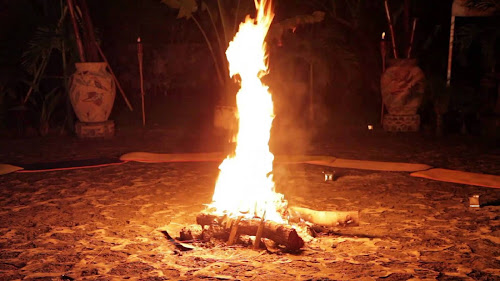 And so they gathered all the flames of the ten hells to go out over the earth, so there would never be a time of darkness and all men’s shameful deeds would be clearly seen.

This worked for a time, and many souls hid from the terrible heat by fleeing to the newly cooled hells, but eventually they became fewer once more. You see, shrewd and wicked men reasoned that their deeds would only condemn them if they died and faced judgement. They resolved never to die, but to live off the bounteous crops granted by the fertile soil and the ten warming flames. 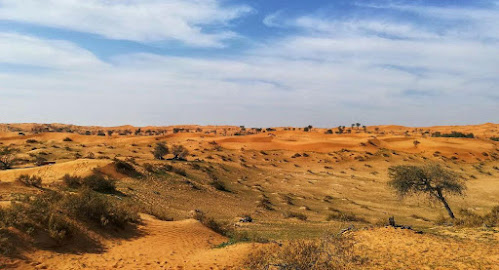 The devils were furious when they learned they had been outwitted by men. They bid all ten flames to burn hotter in the sky, to reduce crops to ash and desert and to melt the frozen lands.

Now in those days there was a proud archer of the jaguar tribe who boasted far and wide of his great skill. “No man can place a target that I cannot strike,” he said. His king heard this, sweating in his palace and considered how to humiliate this arrogant man. He brought the archer, who was named Imix, before him.

“I have heard many stories of your precision in war and sport, and your great boasts,” said the king. “Now is your chance to prove it. There are some birds circling above my palace. They seek to steal the cold water that I hold in my cenote. If I blindfold you and you are yet able to strike one with your arrow, you may take a drink.”

The king did not tell Imix that the birds were the devils’ flames; great fire birds that shone as they circled the burnt lands. In this way he hoped that even if Imix were to succeed the devils would kill him and he would not have to give him any reward.

The archer agreed and was blinded. Taking up his bow, he drew back an arrow and released it toward the sound of beating wings (and towards the heat on his face). Everyone watching gasped, saying, “impossible!” When Imix removed his blindfold, he saw the arrow had struck true - piercing two birds at once!

A cool breeze was felt from that part of the sky. Quickly, the archer felled three more of the birds. Clouds began to form as he fired, and rain fell on him as he killed four more. The last one fled in panic to tell the devils. 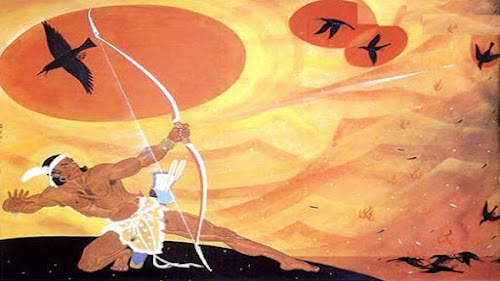 When they heard of this, the devils roared and screamed with rage over their schemes being foiled. Nine of their fires were gone from the sky, so they instructed the last fire bird to fly higher and higher to evade the arrows of the archer Imix.

The grateful men of the land lifted the archer high above their heads and seated him on the highest throne, declaring him their worthy king. Imix ruled the undying men of the land for a long age until the later days when he set out to kill the cold devils that continued to menace his kingdom.

The old king fled to the mountains, taking some of his warriors with him. They shiver in the cold and yearn for flight, searching the land for the fallen firebirds.

The devils in their cold underworld seek souls, and repayment for their lost flames - their fallen suns, and the undying jaguar men. 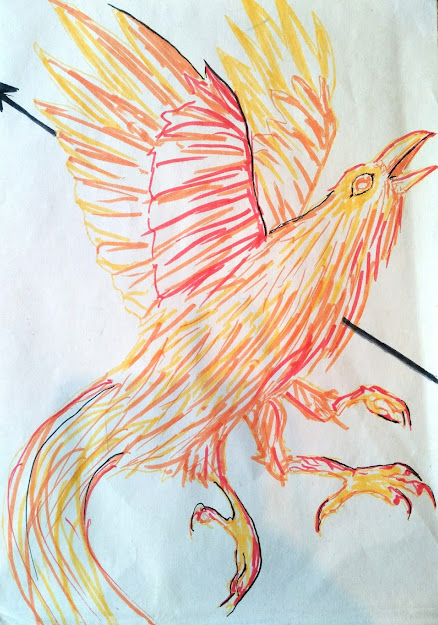