how I use Yoon Suin 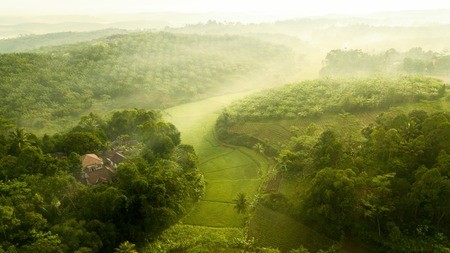 Been talking with some folks about the recently extinct Yoon Suin and how I really like the weirdo format and excessive tables. Instead of rambling forever it seemed neater to just go through how I use it for game prep. I added page numbers so the kids at home can follow along, though since there might be a reformatted version in the near future they might not be helpful for long.

“After having generated a polity, its rivals, its problems, its assets, and its surroundings, there will be inspiration enough to draw up a list of rumours to tie your players into the campaign – or spur your creativity for a narrative campaign.” (142)

This is from Chapter 4: Làhàg and the Hundred Kingdoms. Pretty much just following the instructions and/or rolling once on each applicable table. Table rolls are in parentheses, page numbers italicized in parentheses, and bits of thought process as it unfolds are in brackets. [obviously if you have the pdf you could just copy and paste whole sections or table entries but I find that writing it out helps the memory and synthesis process]

Mess with some name generators and come up with “Idilsavra”

Leadership is a (6) debauched (5) mageocracy - a group of sorcerers who, though rivals, rule together [a source of magical weirdness and intrigue as they try to one-up each other? A chance to bring in some travellers to do devious jobs?]

Their symbol is a (2) crayfish and their main religion is (12) ancestor worship.

I get 3 assets and, though it doesn’t specify whether or not to generate a starting issue I’m going to roll one too
Idilsavra is known for its (9) subterranean ruins, (14) velvet worm breeding pits, and (16) great forge [this has me thinking the underground will connect dungeon areas and maybe these worm pits. The forge could even be partially underground?]

It is currently dealing with a serious (8) famine [due to the squabbling sorcerers?]

These entries are further detailed on pages 149-155 which we’ll check out later for ideas for NPCs or scenes associated with them.

These seem like more places of interest than active parts of the polity.

Idilsavra has a system of (6) cave mausolea [obviously these will be tied into the ruins] and (29) a permanent mist hangs over the city [the description suggests it might be a curse - from one of the squabbling sorcerers? Also an obvious cause for a famine, all the crops are wilting without the sun]

Some social groups that are active in the area and have ties to the PCs. We’ll roll two:

(1) Shrine or temple [the local religion is ancestor worship, and the honored dead are buried in the cave mausolea, so this will be a shrine attached to the underground complex]

-is troubled by (9) paranoia

-is troubled by (6) madness [another curse? Or something more mundane?]

Notable persons are a (7) youth who acts as the stable’s mascot, and (7) a live elephant hunter [maybe the mad one. An Ahab type].

But (6) thieves have recently raided the stable’s treasury [more theft? The famine has made someone desperate]

HUNDRED KINGDOM PERSONAGES (165)
This is one of the few tables I’d be somewhat comfortable using at the table if I needed a quick NPC, but as it is the material so far has established a number of notable people and left room for many more - the descriptions of assets and issues describe a few possible persons each. I’ll come back to this later if I need to pad out a rumor or encounter table, or near the start of play if there’s a PC who doesn’t seem to fit with either social circle and needs a local connection.

If we wanted to stop there and work out rumors and encounters for the city-state of Idilsavra this is obviously a good point to do it. I like to have just a little more of the area established though so we will come back to this as well.

Idilsavra is mostly “civilized” but there life can be a little different on fringes away from the city proper.

Notably the home of a (1) mad hermit, the villagers (4) worship a nearby chu-srin, and are often (5) menaced by a Thayé [a couple leads on locals monsters and a rival religion, not bad]

Includes a (5) runaway courtesan - a favorite of one of Idilsavra’s rulers - these bandits have (6) an informant in Idilsavra who spies on valuable goods [the reason for the stable’s robbery! Maybe it was the courtesan and she fled after drawing too much suspicion]. They have (3) only five members and a leader, and have [if we want to go ahead and generate an AD&D treasure] 6000 sp, a pair of gold earrings set with gems (7000 gp), a gold tiara set with gems (5000 gp),  a silver tiara set with gems (4000 gp), and a wrought gold crown (1500 gp)
[it makes sense that the silver pieces would be from the stable’s treasury, but the various jewelry seem a little more high class. Perhaps the crown has a crayfish on it and matches a recently de-gilded replica in the Idilsavra shrine, so of course all of the sorcerers each want it to show their sole rulership. Other pieces could be from somewhere else and have symbolism of a different polity, an extinct culture, or far away country]

(6) two Shishi guarding the (3) burial site of an artefact [this references the old town artefacts on page 127, but would be a great place to stick a macguffin or magic thingy from a blog or whatnot] 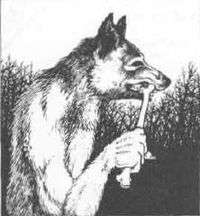 At this stage I like to categorize some of the results and connect some nascent threads.

Each of these can be filled out and developed with maps, stats, and names, and turned into hooks without much trouble. Then, extra NPCs and rumors from section 3 & 4 can fill out the roster on who’s who and what’s happening in and around Idilsavra. Here’s a few either straight from the book or from these categories.

We can do a similar thing to make a basic encounter table, or use Section 4 for wandering around the city. I am losing steam and unlikely to run this so gonna stop here.

Some last things before running:
- find or generate a map for the outer part of the underground complex or use like the Caves of Chaos and replace monsters with worms, ghosts, escaped slaves etc.

- maybe a basic hex map of the polity as well. Name a couple nearby ones in case it comes up, sprinkle in a OPD or bits of a module you like

- go through chargen with the players and either state up front their connections (like, your old friend is now a crazy fakir in this city and sent for your help with the weird famine) or roll up more after they have characters using the personages table on 165.

- if we want to be fancy, maybe answer 20 questions or something similar.

Obviously this is just one way to use this great campaign resource, and it happens to line up with the kind of generative process I enjoy. If you read all that and thought “oh cool, a to-do list generator” other styles might be a better fit. If you read it and want to try it yourself, what are you waiting for? 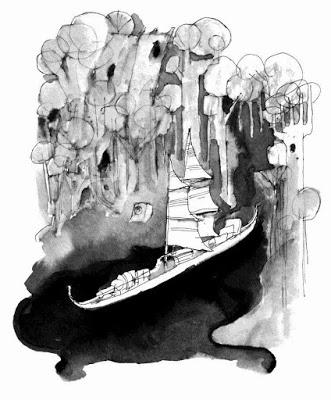